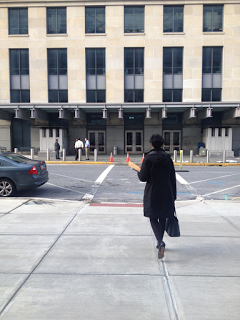 On Monday I took a trip to the State Capitol to file my nominating petitions with the PA Department of State for my candidacy as State Representative for the 192nd District. With over 1,000 signatures in hand, I chose to file a week early because the 192nd District can't afford to wait for the leadership we need. This is a pivotal moment for us as we are charged with the task of choosing a leader who can honor our legacy while building our future. I will continue to connect directly to the people to let them know that I am that leader. I have a strong team working hard to meet every neighbor before the April 22nd Primary Election. One step closer along our #racetothehouse, #Cephas2016 is ready to kick it into high gear! If we haven’t seen you yet, we will see you soon.

On Tuesday, Governor Tom Wolf gave the 2016-2017 PA State budget address. 'A Choice Between Two Paths' was the main theme of the governor’s address as he stressed the importance of passing a state budget for the sake of our children’s education, building our economy and the security of our families and seniors. He was not hesitant to share the truth about Pennsylvania’s crisis. ‘A Choice Between Two Paths' is truly where our State and local communities stand. We need to get to work and fight to move our communities in the right direction. If chosen as the next State Representative for the 192nd district, I am #readyondayone to go to the state to advocate for the changes necessary to move our communities forward. Click here to catch a re-cap of Governor Tom Wolf’s budget address.

The outpouring of support I’ve received so far on my #racetothehouse has been truly humbling. In appreciation of my friends, family, supporters and volunteers, we are hosting an appreciation party later today. The party will be held at the campaign office located at 5899 Lancaster Ave (59th & Lancaster Ave) from 7:00-9:00 p.m. Come enjoy food, beverages and a chance to mix and mingle with the candidate!