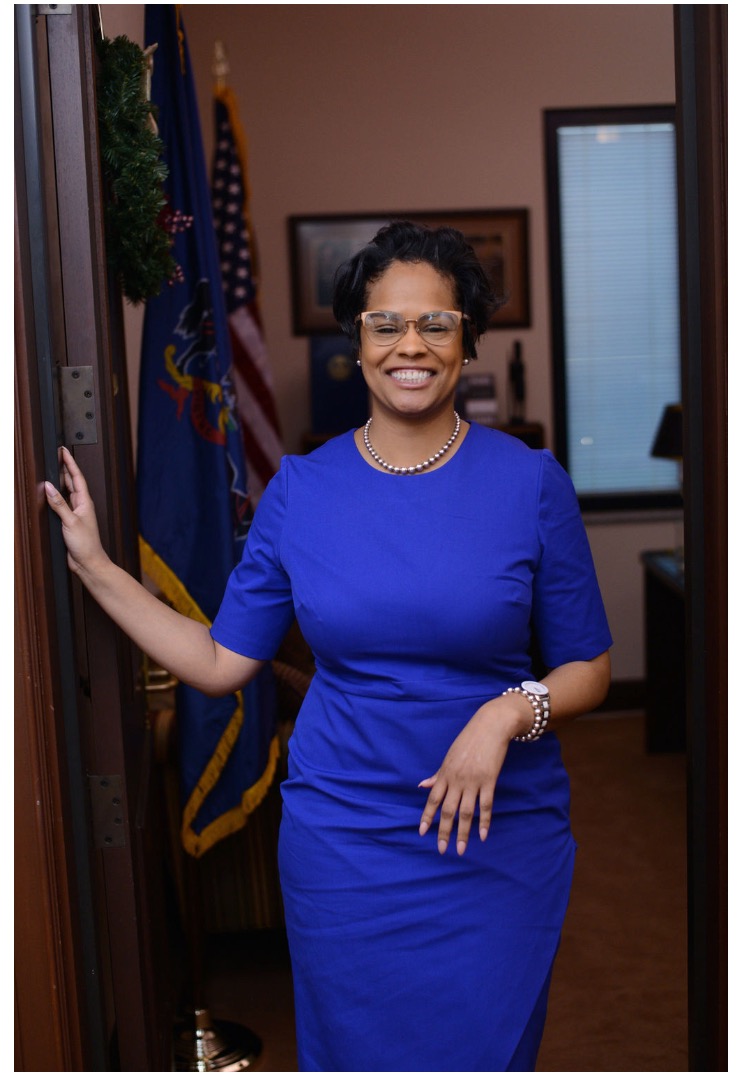 Representatives in November 2016. A native of West Philadelphia and product of public school, Morgan has worked tirelessly in the public sector, building her community block by block. At an early age, Morgan realized that a community that offers safety, job security, access to quality education and multi-generational recreational activities are key components to ensuring a neighborhood’s success. In the General Assembly, Morgan's priorities include increasing education opportunities and career pipelines for youth and young adults, creating jobs through business expansion, providing resources to seniors, expanding access to health care to improve health outcomes and ensuring women and girls are a priority in the assembly.

Since joining the PA House, Representative Cephas has introduced laws to end nuisance stop-and-goes, revers the trend of maternal mortality, expand financial relief for childcare expenses and to bring dignity for incarcerated women. Since her first term, she successfully secured over $12 million in state funds to improve local schools, parks, businesses and libraries and to jumpstart community development projects in her district. She currently sits on the Agricultural & Rural Affairs, Appropriations and Labor & Industry Committees, is a member of the Pennsylvania Legislative Black Caucus and chairwoman of the Women and Girls of Color subcommittee, a member of the Philadelphia Delegation and Vice Chairwoman of the Democratic Women’s Health Caucus.

Prior to her joining the legislature, Morgan served as the Deputy Chief of Staff to 4th District Councilman Curtis Jones Jr. in Philadelphia after she graduated with a degree in political science from the University of Virginia. As Deputy Chief of Staff, Morgan helped ensure the families in the district were able to live, work and play in thriving neighborhoods. She also secured over $3 million to revitalize area commercial corridors; oversaw $6 million of improvements to upgrade recreation centers; and assisted in securing funds for improvements to local schools. Morgan also focused on empowering area civic organizations, block captains and seniors by providing city services, resources and over $1 million in Philadelphia Activity Grants.

Expanding her experience beyond the walls of City Hall, Morgan joined the team at the Philadelphia Youth Network to focus more on increasing the education and workforce opportunities available to Philadelphia’s most vulnerable youth. During her time with the non-profit, Morgan was successful in helping to secure over $3 million in additional support for the WorkReady summer youth jobs program; close to $1 million to support the design and implementation of education and career pathways for youth; and worked alongside national organizations to shape the development of federal legislation dedicated to workforce development training programs for Philadelphia youth.

Not only has Morgan dedicated her career to serving her district and providing resources, she has been consistently involved in various volunteer efforts. Previously, Morgan served as a board member of the African American Chamber of Commerce Foundation, Settlement Music School, Wynnefield Branch and the Village of Champions Youth Inc. Currently, Morgan serves on the Philadelphia Mayor’s Commission for Women, a member of Delta Sigma Theta and a member of the Delaware Valley Chapter of the Links Incorporated. Recently, Morgan has been the recipient of several awards, including being named one of The Philadelphia Tribune Magazine’s “10 Under 40 to Watch in 2016”, 2016 “Citizen of the Year” by the Mu Omega Chapter of Omega Psi Phi Fraternity and 2015 Lambert Legacy Charities, Community Hero Award.