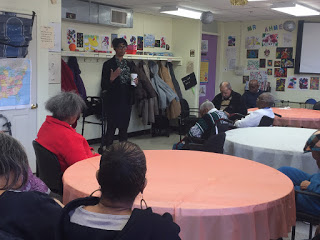 The campaign is officially into high gear! We’ve been busy on the trail knocking on doors, visiting neighborhood businesses and mingling with community members. I had a chance to talk public safety and community development with the Overbrook Park Town Watch; I spoke with seniors about technology and generational unity and made it to the Wynnefield Residents Association meeting to encourage residents to stay involved in our neighborhoods education conversation. I always enjoy discussing plans for the 192nd with community residents. 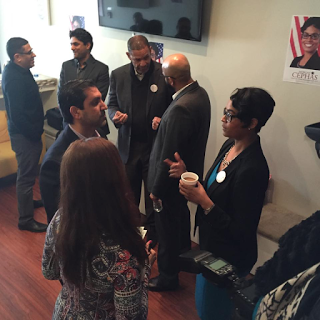 The first fundraiser in support of the campaign was held this past Saturday, February 13, 2016 with Emerge PAC and the Universal Muslim Business Associations. Our discussions focused on how to address the issue of poverty in our neighborhoods on a large scale and the role business community can play in elevating these concerns throughout Pennsylvania. Through it all, the highlight of the week’s campaign events was our second visit to Harrisburg, where we submitted over 2500 signatures in support of my candidacy! Thank you to all of you who signed a petition, opened your doors and volunteered your time and energy to get us to this moment. The best is truly yet to come!

On February 13th we lost Supreme Court Justice Antonin Scalia. Scalia was appointed to the United States Supreme Court in 1986 by President Ronald Reagan. Scalia’s passing leaves a vacancy on the U.S. Supreme Court and it is the constitutional duty of  President Barack Obama and the U.S. Senate to fill that vacancy. As an absolutely necessary part of our nation’s government, it is crucial for the nomination to be confirmed as soon as possible. Though there is much talk around the vacancy not being filled until a new president takes office, in January of 2017, let’s hope that our elected officials fulfill their due diligence by replacing Justice Scalia sooner than later.

No matter one’s political affiliation, it is hoped by citizens across America, including in the 192nd, that our elected officials can find ways to work together to ensure that the best interest of our communities, states and country are at the forefront of their agendas. I know that I intend to go to the Pennsylvania State House to work with representatives from all parties to create the change needed in our communities - it is together that we make the greatest impact.

Recently, both Governor Wolf and City Council have each announced the launch of separate initiatives to strategize on ways to reform our Criminal Justice System. The state’s corrections budget is roughly $2 billion while the City of Philadelphia spends over 30% of it’s budget on public safety, including law enforcement, prisons, the Courts and more. On average, it costs over $36,000 a year to incarcerate an offender while at the same time it costs at most $25,000 to educate a young person. In order for Pennsylvania and Philadelphia to become competitive, it will be critical to cut down on our spending in the criminal justice system and replace crime with more education and job opportunities. As a State Representative, I will work with the Governor and Representatives from City Council on reforming our Criminal Justice System by creating policies and identifying resource that will work to end the school to prison pipeline; create diversionary programs for those with mental and behavioral health issues; and decrease our recidivism rates.