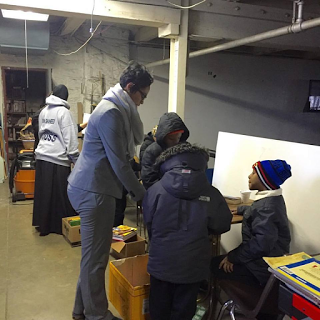 “Life’s most urgent question is: What are you doing for others?” -- Dr. Martin Luther King Jr.

In celebration of MLK Day 2016, #Cephas2016 participated in a number of service activities throughout the 192nd. We began the day at the Barristers' Association of Philadelphia, Inc. for their annual MLK Day breakfast. The Barrister’s Association is an esteemed group of advocates with a history of fighting for equal rights and justice for citizens in Philadelphia. We went on to join the crew at Good Samaritan Baptist Church preparing books for area schools without libraries. Our children need access to books to improve their quality of education and readiness for the world. At Papa playground we teamed up with my fellow Village of Champion Board Members and Papa Playground's Luther Collins to write thank you letters to our servicemen and women who commit their lives to ensuring the safety and security of our country. We closed out the day with Overbrook Park's Living Waters Baptist Church and community leader Madeline Dunn where we celebrated the day with praise dancing, sermons and fellowship. There was great conversation about expanding the church and the services offered to the community. 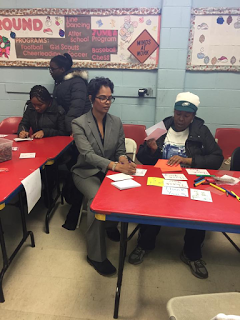 Each place we went, I was inspired by our leaders and servants who work day in and day out to make our communities better, #blockbyblock.

It is always a pleasure running into supporters on the campaign trail!  If we haven’t seen you this week, we will see you soon! This past week I was out meeting and greeting constituents throughout the District. #Cephas2016 team volunteers took to the #192blockbyblock, doorknocking and visiting transit stops in the 192nd, speaking to constituents about my background and vision for the District. On 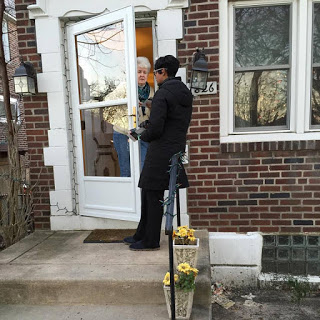 Wednesday we worked with Septa to provide a necessary service to our Senior commuters. As Septa is now requiring Seniors to have photo identification cards for rides, we asked them to come to our community to issue the new cards with the photo so they would not have to travel the distance in this winter weather. A special thank you Septa for bringing resources to our door!

Our State of Education in the District

Teacher shortages in schools truly hits home for the 192nd Legislative District by way of Beeber Middle School, my alma mater. Teacher vacancies and overcrowded classrooms as reported in the Daily News story does not yield high-quality education, but lead to staff burnout and students not meeting the necessary educational benchmarks from year to year. I have been an advocate for Beeber for many years now and will continue throughout my #racetothehouse. It’s important that a representative for the district speaks to the need of seeing it on the ground level.  The fight for better education for our children must continue!

President Obama’s Gives His Final State of the Union Address

On Tuesday, January 12th, President Barack Obama made his final State of the Union Address to the nation. In his speech, President Obama reflected on his past seven years in office, including many of the accomplishments of his administration. He spoke of a vision and the many possibilities for the future of our country. He made it clear that educational opportunities for our children and youth, job opportunities for our families and community development opportunities for all are absolutely necessary for our country to thrive. I believe that we can connect the dots locally to realize the same goals.  Our president is a role model of leadership and vision, and I look forward to possibly creating legislation and policy that will follow the path he laid, a path that supports and protects families and communities. 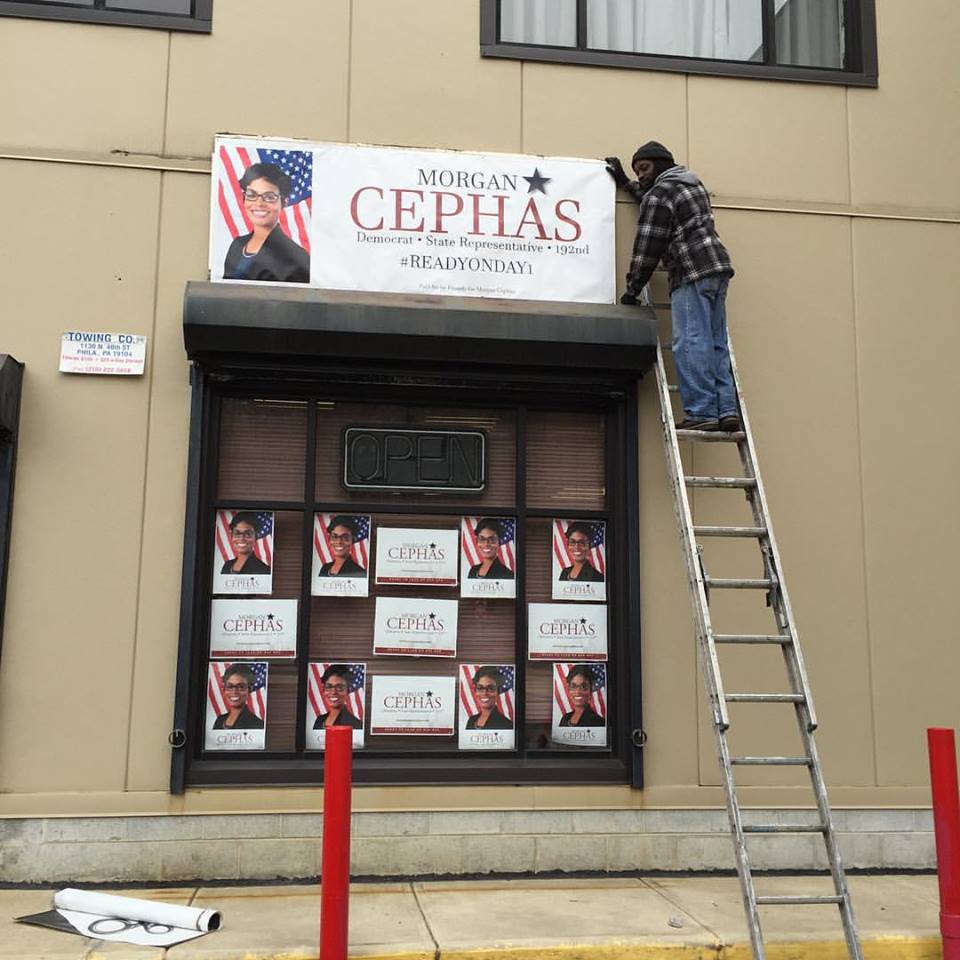 The doors are now open to the #Cephas2016 Campaign Office located at 5998 Lancaster Avenue, across from Overbrook High School. Office Hours are Monday through Saturday 10:00am to 7:30am. We encourage you to stop by the office or give us a call to find out about our work and sign-up to volunteer.

As always, keep in tough. Stay connected to my #racetothehouse!

On Saturday, January 2, 2016 my family, friends, neighbors and supporters of the 192nd District gathered at the Overbrook Arts and Environment Education Center for my official campaign announcement.

Over 100 people filled the room as I shared my vision for the future of the 192nd. Several community stakeholders, whom I have worked with over the years, shared the floor with me on this pivotal day including one of my many mentors, Councilman Curtis Jones Jr.; business owner and investor, Ahmed  Salahuddin, community leaders, Madeline Dunn, Stephanie Kent, Tikea Purcell, and Farida Salim; pastor Zachary Ritvalsky of Sweet Union Baptist Church; and Sam Statten, Jr., President of Laborers District Council 332 . The day was the beginning of a truly Happy New Year and a new chapter for the 192nd District.

I would like to thank all of the people who came out to show their support! A special thanks to my volunteers for putting on an awesome event and to WRNB’s Lady B for serving as emcee for the occasion! I'm excited that so many people from our labor unions, civic organizations, and local businesses came out that day. I look forward to the continued support from the 192nd as we embark on this #racetothehouse to transform the 192nd, block by block. 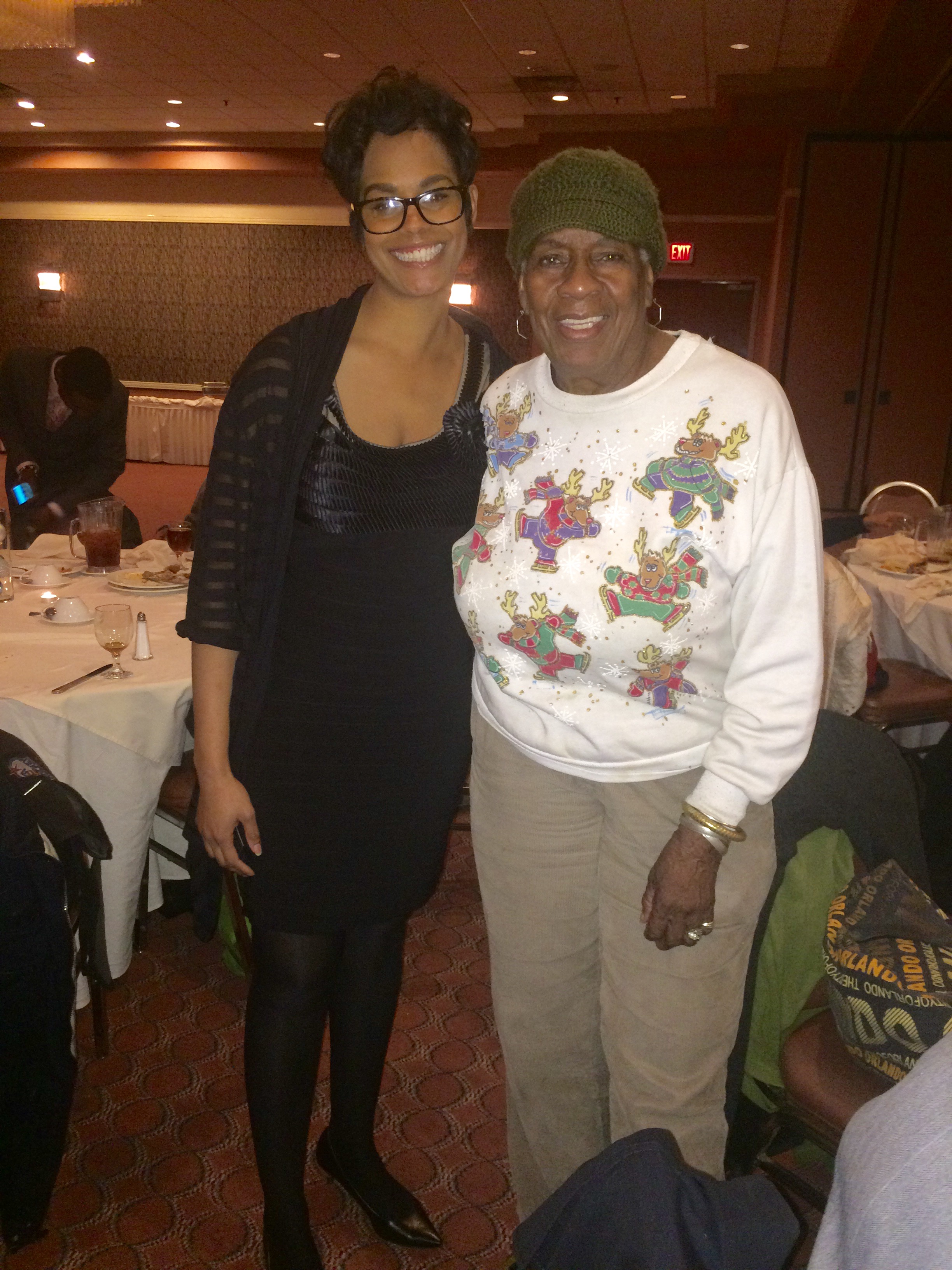 On December 21st, I announced my candidacy for State Representative for the 192nd District and officially began my #racetothehouse! My #racetothehouse did not begin that day, but started many years ago. I am a proud, lifelong resident of the 192nd District. Growing up in the District, I was blessed to have a loving family that strongly believed in education and service. However, I witnessed the ill effects of gun violence, poverty, drug abuse and inadequate schools for my family and our neighbors in my community. And our unfortunate reality is that these problems persist in the District today, twenty years later.

Yet beyond the borders of the 192nd, Philadelphia is becoming a NEW world class city. We are all witnessing the revitalization of Center City, along areas on Market Street, and in different parts of South and North Philly. I’m running to make sure the 192nd isn’t left behind. It’s time for the 192nd to get our fair share of new housing, new schools, and new businesses.

I have been working in and for the district for several years and am looking to continue the work that I’ve done at the local level, bringing the resources and services to the District as State Representative. I’m #ReadyOnDay1 to serve and make an impact on the lives of constituents of the 192nd District

Please join me at my OFFICIAL campaign announcement this Saturday, January 2nd from 10am until 12 noon. The announcement will be held at the Overbrook Environmental and Arts Center located at 6134 Lancaster Avenue. Come out and show your support!

Holidays in the District 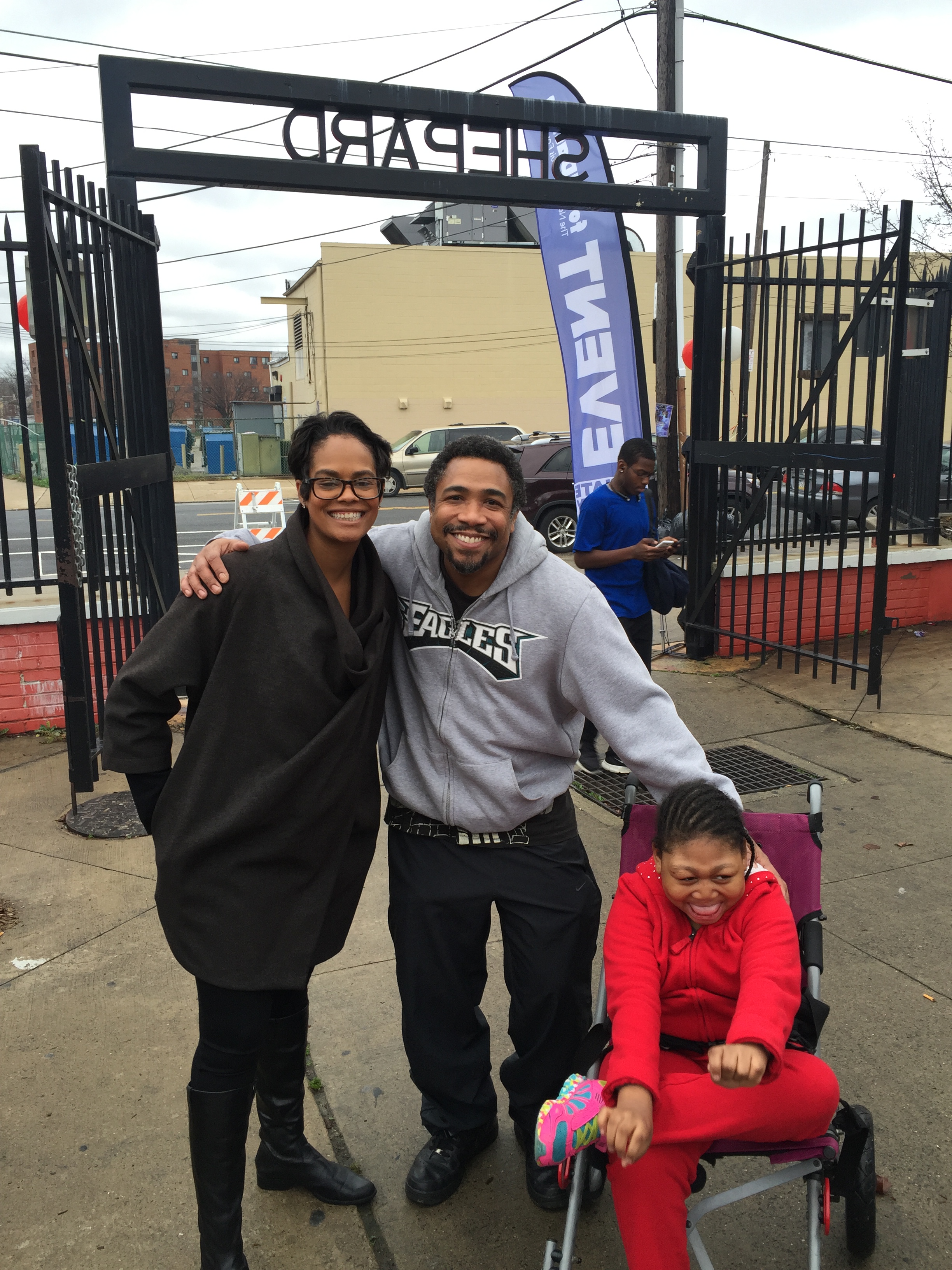 Throughout the holiday season, I’ve been blessed to be able to spread some holiday cheer by working with great partners to support families throughout the 192nd District. During the Thanksgiving holidays, I worked with Brown’s ShopRite to provide turkeys for over 50 families. On the week before Christmas, I also coordinated a Winter Wearables giveaway with Councilman Curtis Jones, Jr., artist PNB Rock, and community groups Village of Champions and Town Watch Integrated Services. Last week, I celebrated the holidays with State Senator Vincent Hughes at his “Party With a Purpose” holiday party an annual event held to raise money and goods for families in need. I was also honored last week by the Lambert Legacy Charities with the Community Hero Award. It is truly a humbling experience to be honored for the work you do when that work is your passion. I look forward to continuing this work into the New Year and as the next State Representative for the 192nd District.

You can stay up to date with my #racetothehouse by liking my campaign page on Facebook, “Friends of Morgan Cephas”. There you will find photos, videos and updates that you can like and share. As we step into the New Year, I look forward to making connections within the District and continuing to serve the neighbors of the 192nd. Below are more ways that you can stay connected to the #racetothehouse!

“Philadelphia is undergoing an economic renaissance and becoming a new world class city - a destination for development, job creation, housing, recreation, and events,” Morgan said. “I’m running to make sure that the 192nd District is not left behind.”

Born and raised in the Wynnefield section of the city, Morgan Cephas has a proven track record in advocacy, legislation and safeguarding of resources for the community as a former staffer in City Council and External Affairs Director of Philadelphia Youth Network (PYN). Morgan has secured over $14 million to revitalize area commercial corridors, recreation centers and schools in the District and to provide additional funds for summer job opportunities for youth. She authored and ushered the passage of various legislative bills including the Philadelphia Internship Tax Credit.

Morgan recognizes the importance of the outcome of this election as she is running following the 30-year tenure and legacy of State Rep. Louise Williams-Bishop. Her campaign has established a political action committee, Friends for Morgan Cephas, with the PA Department of State. She anticipates building a strong coalition of civic organizations, labor unions and local businesses and organizations.

“I honor and recognize the work of the past, building on the legacy and foundation of prior leadership, and yet, look forward to the future of a renewed 192nd District," says Morgan. “I am ready to lead on day one. Together we will renew the 192nd, block by block.”

The campaign will host an official announcement on Saturday, January 2, 10:00am-12:00pm, at the Overbrook Arts and Environment Education Center, 6134 Lancaster Avenue.

You can join us using