Thank You For Your Support!

Two months ago, your overwhelming support led #TeamCephas2016 to a victory in the Tuesday April 26th primary election. As expected, just more than 7,000 supporters came out on Election Day and helped to secure 44.52% of the total vote. I am honored to know that the 192nd believes that I am #ReadyOnDayOne to advocate for our community’s issues in Harrisburg and to work together to renew the 192nd Legislative District, block by block.

#TeamCephas2016 could not have done this without you! Thank you for opening your doors, spreading the word and contributing to our campaign efforts to get the job done.

As we prepare for the upcoming November election, I know that I will need your support in order to once again be victorious and to begin planning for a new beginning for the District. Throughout the remainder of the year, I will be hosting a series of events and discussions that speak to ensuring our seniors are not retiring into poverty, our youth have access to quality education, and our community is being built to increase public safety, attract new businesses and improve the overall quality of life for our residents. Let’s get to work! 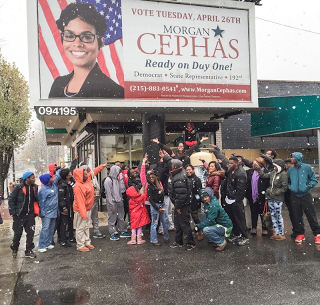 READY ON DAY ONE! 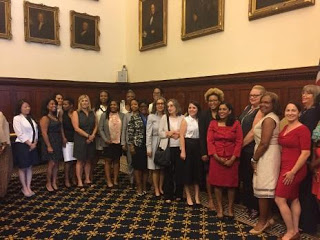 Mayor’s Commission on Women - One year after Philadelphia voters approved the creation of the Commission on Women, Mayor James F. Kenney announced Democratic Nominee Morgan Cephas, along with 26 other women, to the newly established Commission on June 22, 2016. Members will be charged with promoting civic, educational and economic policies for women and providing advice and recommendations to the Mayor and City Council on policies and programs that advance equal rights and opportunities for women in the City.

Graduation Ceremonies- As the 2016 School Year comes to the end, 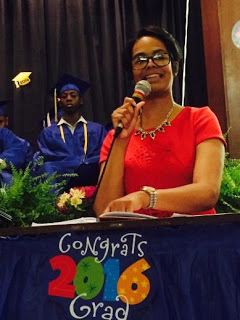 Democratic Nominee Morgan Cephas had an opportunity to congratulate and offer encouraging words to the boys and girls moving on from Lamberton Elementary School, located in the Overbrook Park section of the 192nd Legislative District. The Democratic Nominee provided remarks that focused on using the summer as an opportunity to map out how students would achieve their goals through internships, connecting with mentors and securing summer job opportunities. Congratulations 2016 graduates!!!

As #TeamCephas continues on to win the General Election, we are still working hard to secure the support of organizations that focus on ensuring Pennsylvanians are able to thrive. I want to give a special thank you to all of the groups that continue to endorse our campaign and believe in our ability to get the job done on day one. 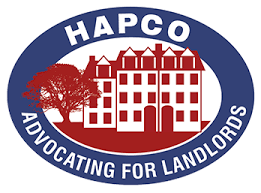 You can join us using